Golden retrievers are one of the most popular dogs in the world. They were bred as a gundog to retrieve game in the Scottish Highlands. Golden Retrievers have friendly temperaments and well adapt, but are by no means a guard dog. In the past 100 years various lines have been developed and American and English standards have separated. However, it is important to note that both the English and American lines are not a separate breed.

This sporting gundog displays its cream color characteristics. Red is not an acceptable color. They are often shorter than their American counterparts. Their coats tend to be shorter and wavy. Often times they are considered to have fewer health problems. Average life is just over 12 years. They tend to be built for strength, and can be calmer.

The golden-colored coat is the trademark of this sporting breed, and the color can range from light to dark gold (red). Their coats tend to be longer and thicker. Average life is between 10 and 11 years. They tend to be more built for speed.

Here is a infographic from our daughters site below that explains some of the differences. 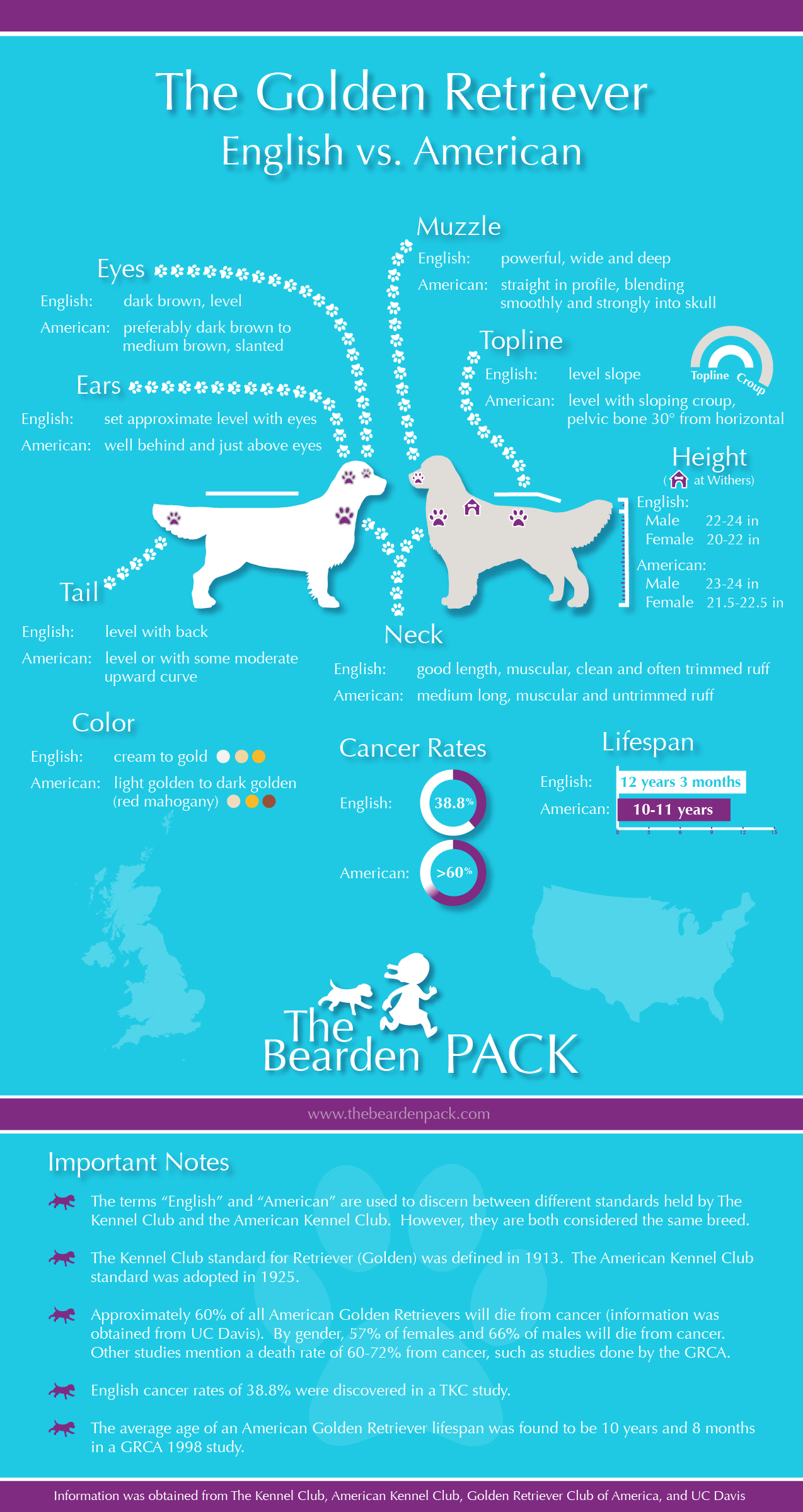